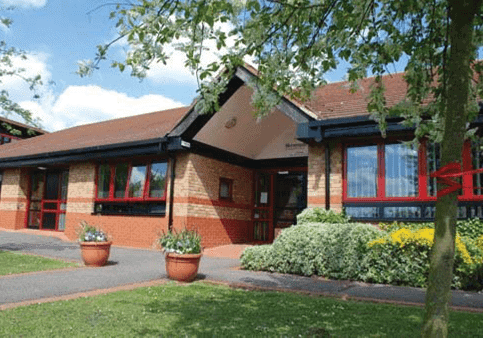 Michelle Currie has over 30 years’ experience of working in education, including 16 years at senior management level.  As a National Leader of Education she is well versed in school improvement and has led the setting up of new schools which involved overseeing a number of multi-million pound building projects.  She has also been the Chair of the project steering group for the conversion of New Chapter Primary School to sponsored academy status.  Michelle Currie has extensive experience of school governance having served on four governing bodies and chaired an Interim Executive Board.

Mr Billing has over 13 years of experience in Primary Education, including 9 at senior management level.  He has experience across the primary key stages and has developed an extensive knowledge of New Chapter Primary School and it’s catchment area.  Prior to becoming a Headteacher, Mr Billing spent 3 years as the Deputy Headteacher at New Chapter Primary, working closely with the Headteacher to raise standards across the school.

Mrs Mackie has over 19 years primary school experience; three years in Manchester and 16 years in Milton Keynes.  She has experience across the Early Years and primary key stages and over five years senior management experience. Mrs Mackie was previously a Deputy Headteacher in a large primary school Milton Keynes for five years. During this time she was fundamental in introducing effective assessment as part of the driving force in raising standards in writing and maths. Mrs Mackie is a committed practitioner for Mental Health and Wellbeing.

Ms Alexander has over 30 years’ experience of working in education, including 15 years at senior management level.  She is currently Chair of the Milton Keynes Secondary Heads Group and represents the Education sector on the Milton Keynes Council Skills and Economic Growth Board.

Ms Alexander has worked closely with the Local Authority in recruiting, training and assessing Initial Teacher Trainees and Newly Qualified Teachers.  This work has been expanded to include close liaison with the Tommy Flowers SCITT and the Denbigh Teaching School Alliance as we strive to recruit, train and retain high quality teaching staff for a city with a growing school population.  Ms Alexander also sits on the MK Behaviour Partnership Steering Group and the High Needs Reference Group - these important groups plan for and meet the needs of the more vulnerable students across the city and ensure that favourable outcomes for all students, regardless of additional need, is at the forefront of decision making.

She has responsibility for the leadership and management of Walton High.

David has over a decade’s experience in the Education Sector. He was previously UK Finance Director and then UK Operations Director at the Milton Keynes based Cognita Schools Ltd. where he managed over forty schools.

David has considerable commercial experience having been both a Director of Finance and Operations in a variety of industries including British Rail (where he was involved in privatisation with Railtrack), British Standards Institute, Scottish and Newcastle plc (as Divisional Finance Director of eight hundred pubs and restaurants) Tenpin Ltd (an AIM listed group of family leisure centres), and Chief Operating Officer of a publishing company, Igloo Books Ltd.